Morgan asks for his job back - why ITV should reassess

Firstly, it’s important to set aside the whys and wherefores of the actual debate and discussion in the studio on that day in March – it’s well-worn territory and for the 57,000 plus who complained to Ofcom, there are many who champion Morgan’s corner in his rants.

I also want to cover how this might affect your appearance in the media, if you were to come up against personality-led journalists on a live tv show like GMB.

I was a producer at GMTV for ten years, working on every type of story around the world, including 9/11, as well as those royal and pithy entertainment stories.

There is a striking difference between the Eamonn and Fiona ‘sofa’ years, from the Piers and Susanna of today. It’s that the show has taken its lead from American opinion-led anchors, who are encouraged to ‘editorialise’ with their ‘take’ on the story, rather than simply deal in the facts. Of course, it was not uncommon for presenters to ad-lib an aside about a story, or robustly pose killer questions to guests with an agenda, but the journalism had to have balance. 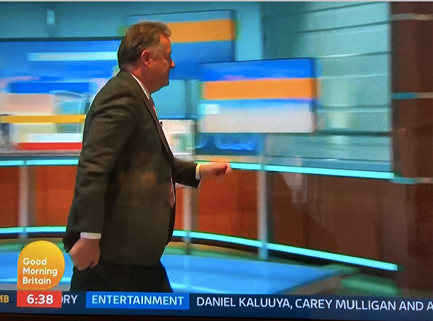 The reason ITV and Piers were cleared, was because of the counter-weight positions of his colleagues on the morning, challenging him and putting another side – especially where Megan’s mental health was concerned, (it’s been established that Morgan had no right to editorialise over the degree to which the Duchess had suffered), and his behaviour was worthy of suspension over that alone.

The job of broadcast journalism is to facilitate debate on all sides, challenge thinking with robust and penetrating questions, allowing viewers to form their own opinions, often reflecting those as well. Ofcom’s own regulations state that UK broadcasters must be fair, accurate and impartial. Hardly a creed followed by Morgan during his tenure. Clearly his role was to stoke the fire and rip up the rule book, Morgan having described ITV’s mission in his appointment to provide “strongly held and honest opinions.” When asked by the broadcaster to withdraw or apologise for those views, that strategy was also destined for disaster.

The issue that still looms large is that ITV created its monster in Morgan, by allowing such editorial freedom of its presenter, with senior management seemingly not reigning him in. Several friends and former colleagues at GMB nicknamed it, ‘The Piers Show’, dismayed at the kind of ‘Fox’-style rantathon, that it had become.

It all smacks of when Radio 2 didn’t have a handle on its talent during the Jonathan Ross/Russell Brand debacle, leading to the controller’s resignation. Talent is still allowed to run out of control, often to the detriment of the viewers, the guests and the poor news correspondents.

I’ve been told by a GMB news correspondent that they’ve flown half-way around the world to report some actual facts on a news story, only to have to listen to Morgan ranting away in their earpiece, cutting through the hourly news slot, meaning the reporter never made it on air. Unfortunately, the self-absorbed nature of high profile presenters, in these circumstances, gets in the way of proper journalism, dismissing the valuable efforts of their colleagues and harming the output. Too often, the Morgans and Burleys of this world, have themselves become the story. Is that journalism, or the ego-centric cult of celebrity?

Perhaps whilst chasing ratings, ITV could temper their breakfast show with more news and higher-end production values instead of mere studio chats, as they did when it was GMTV – a programme which enjoyed better overall ratings, (source, BARB).

Whether at breakfast, or the conversational style adopted by Tom Bradby on News At Ten, (which works, or doesn’t, according to your view of his delivery), ITV has tried to take news shows down this editorialising route and the jury’s still out on that experiment.

The good news for you as a potential guest is that you won’t have to face Morgan in the Morning, (I may have invented a new format), but can stand by your story, your narrative and say it as you see it. On balance, a CEO that I coached before her appearance with Piers on GMB, was treated fairly by him as a ‘case study’ from her sector, while he reserved his wrath for the Care Minister. He didn’t always get it wrong. His questions were tough and uncompromising, and ministers should have been better prepared for those each time.

Remember that if you appear, keep your story and answers compact and pithy – no tangents. Preferably have a clear point, or agenda of your own with a call to action. It’s the journalist’s job to test your truth, so they may be forensic, but you don’t have to be impartial either. Mostly, news and presenter led interviews will be fair, (you have a right to reply), and your challenge will be getting your key points over in the short time allowed.

Remember, post-pandemic, you’ll likely be appearing remotely, whether for TV, radio or digital press, so plan accordingly. We provide courses and modules in down-the-line presenting.

If you come up against an opinionated presenter, whether a Morgan, a Burley, a James Whale or a Hartley-Brewer, hold your ground and politely challenge their assertions if they throw ‘alternative facts’ around.

Remember, journalists know a little bit about a lot of things – but you are the subject-matter expert in your field and as we’ve learned, many tabloid hosts are confident and experienced, but at the end of the day, highly paid ‘gobs-on-sticks!’

Dave is the MD of Mentor Media Training. He is a CIPR Accredited Practitioner and regularly trains for the PR industry institute. His extensive career in broadcasting spans 30 years across radio and television. He has coached executives from major public and private sector organisations, as well as the UK Armed Forces/NATO, around the world for the past decade. Dave is respected for his inspiring training, which is supportive and concentrates on fast learning development. A founding presenter and shareholder of Somerset’s Orchard FM, he went on to work extensively in commercial radio around the UK, as well as BBC News, where he was a Correspondent at BBC Radio 5 Live and Radio 1 Newsbeat. Dave has been a TV presenter, reporter and producer at ITN, GMTV, (ITV Breakfast), ITV News Westcountry and HTV West. He was one of GMTV’s senior producers for a decade, covering major international, domestic, political and entertainment stories. His roles have included senior news producing and planning, undercover investigations, war reporting and features production. He still broadcasts as a crisis communications pundit on LBC, BBC Radio and is a visiting lecturer at the Universities of Bath Spa, Gloucestershire and the Cardiff School of Journalism. He is the author of ‘Handling the Media In Good Times & Bad’.

How to make sure your PR isn’t a giant waste of time and money; A guest post by Bethany Joy

How to create a landing page; a guest blog

5 things I have learnt during my first month at Tribe PR, by Emma Hillary

When your marketing outreach feels like a bad date 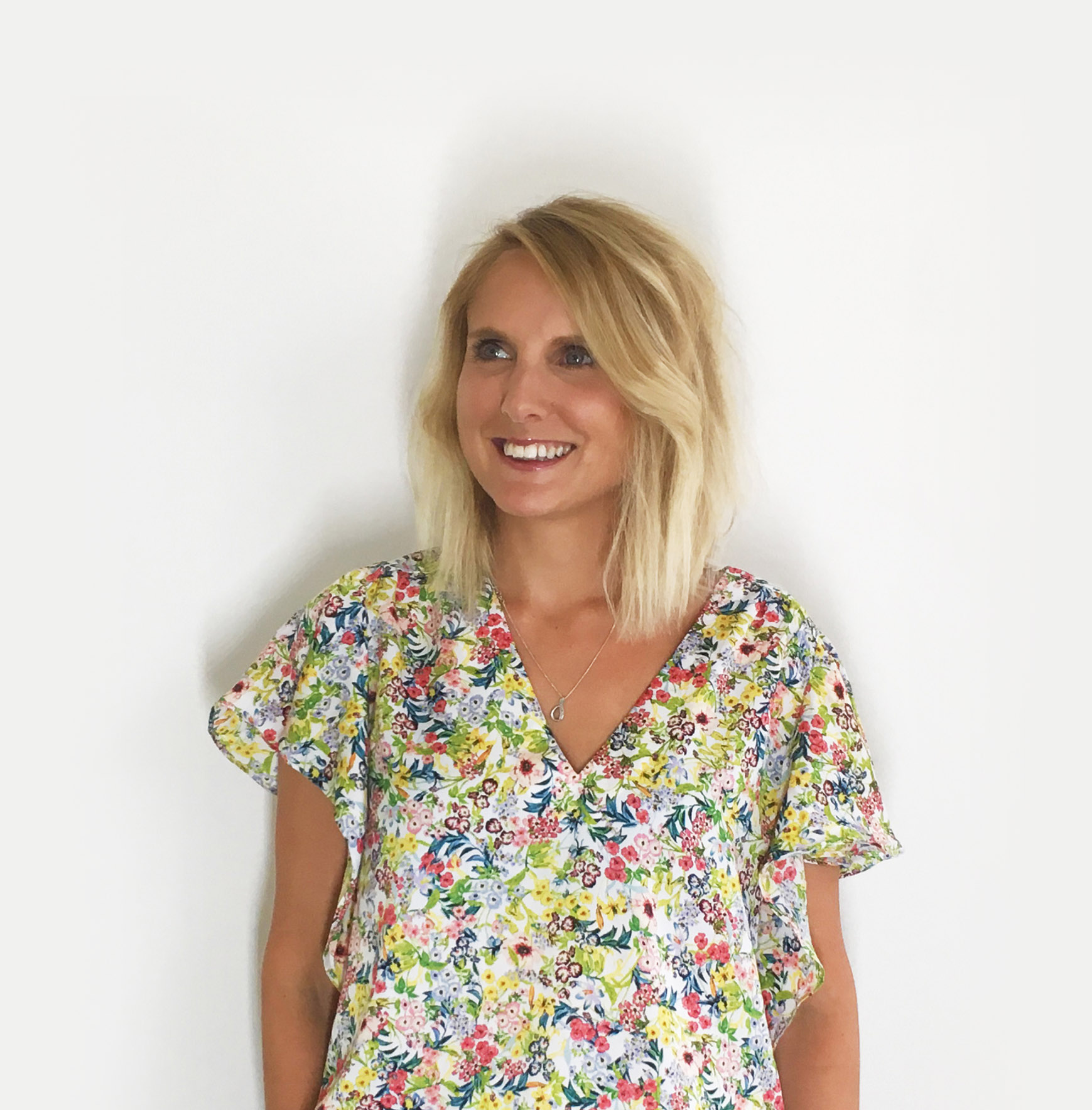